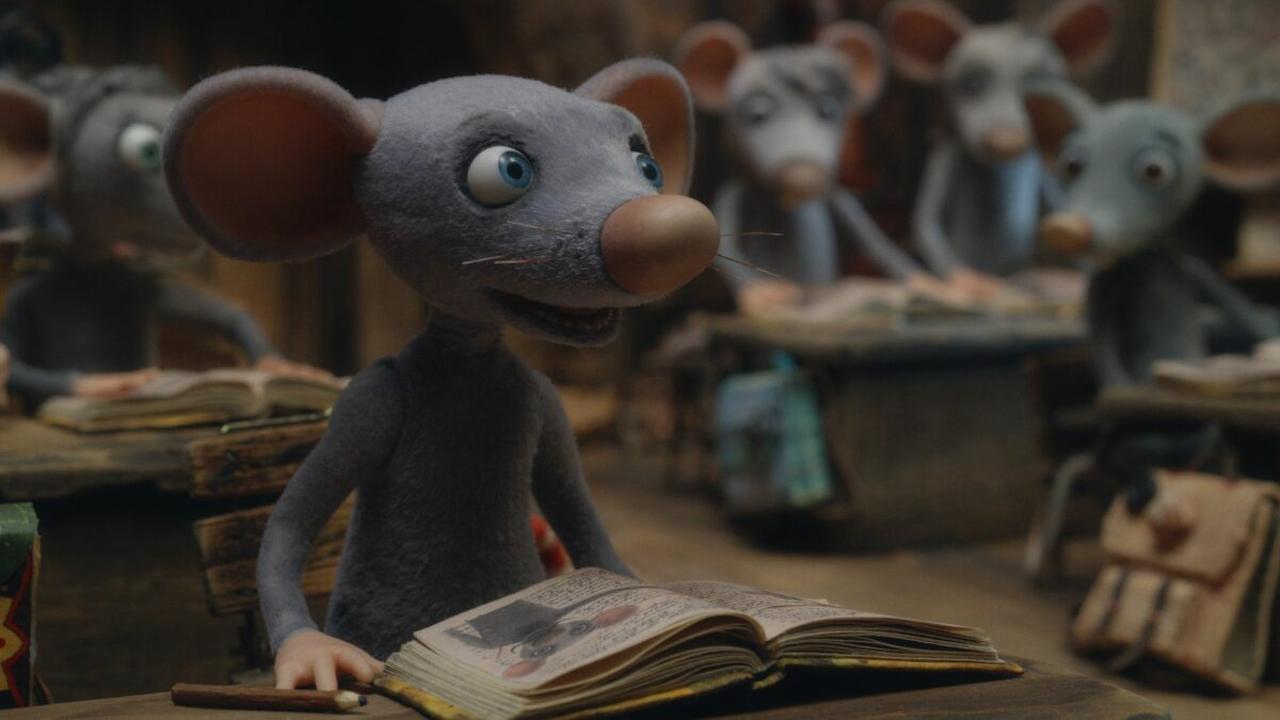 Mouse Šupito likes to convince everyone that she is the bravest mouse in the whole world and that she is not afraid of anything at all. But the opposite is true, she actually poops anytime something rustles around her. Her longed-for wish is to be as brave as her daddy. He was able to risk his own life against the terrifying fox that the entire forest fears. Although he did not win the fight, he became an admired hero of the mouse community.

Šupito wants to prove to everyone that courage is hereditary. She tries to repeat his legendary pieces, like plucking a few hairs from the fox’s fur. She chooses the sleeping young fox called Bielobruško as her target. In the end, everything turns out a little differently than the little mouse imagined. The fox wakes up unexpectedly and the chase ends unhappily for both of them. Both Šupito and Bielobruško go to animal heaven. While trying to avoid the entrance cleansing bath in the heavenly spa, the mouse and the fox bump into each other again and, thanks to their shared dislike of washing, they are forced to continue their journey together.

They wander through heavenly attractions and magical corners, experience various adventures and unexpected encounters, and they get to know each other. At first, Šupito is really angry with Bielobruško, but gradually she realizes that he is different from the other foxes who are hated so much. On the way to heaven, they both must overcome various pitfalls, complete tasks and overcome obstacles together. A wonderful friendship develops between them, and a big surprise awaits them at the end of their journey.