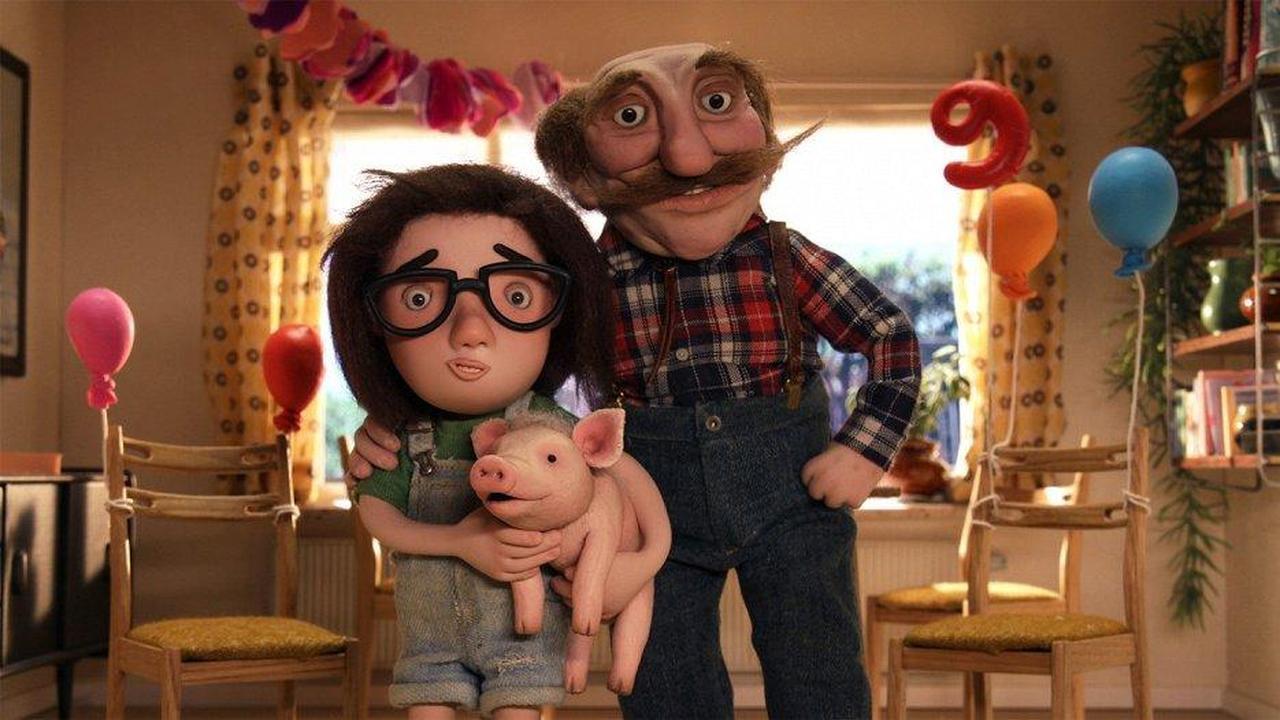 An animated film about a 9-year-old called Babs who receives a pig named Kvik as a gift from her grandfather and convinces her parents to keep him on the condition that she trains Kvik just like a puppy. Babs has loving parents, a best friend, a beautiful yard to play in, and a garden whose fruits serve as healthy vegetarian food for the family. But one day this idyllic world is disturbed by the arrival of a cowboy from America. As it turns out, he is Babs’ grandfather.

Babs’ mom and aunt Christine are not very happy to see him again after so many years, but they don’t want to reveal the reason. Babs’ grandfather from America fulfills his granddaughter’s great desire to have her own pet. Since her father is allergic to animal hair, he gives Babs a pig named Kvik. This cute little pink whirlwind can charm anyone in no time. Babs is overjoyed. On the other hand, for others, her grandfather and especially his mysterious locked suitcase under the bed arouse suspicion. The nice old man with the banjo has some unfinished business with the traditional competition for the local sausage king.