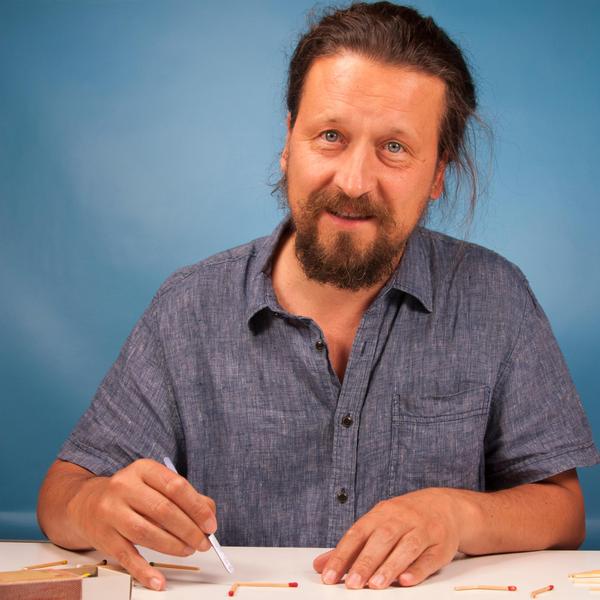 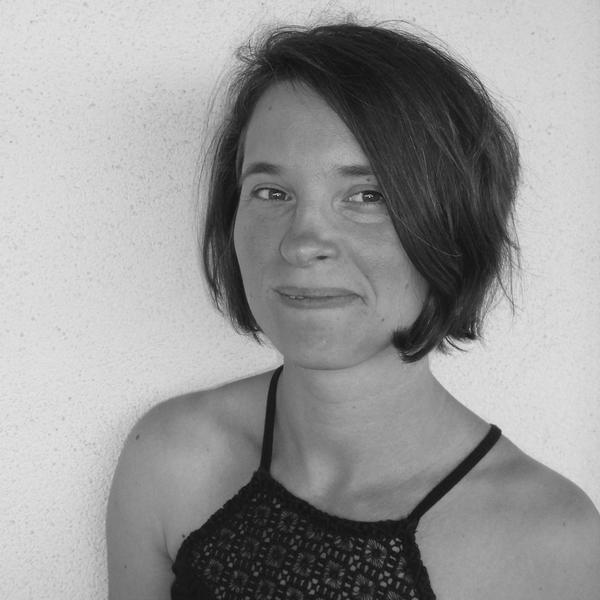 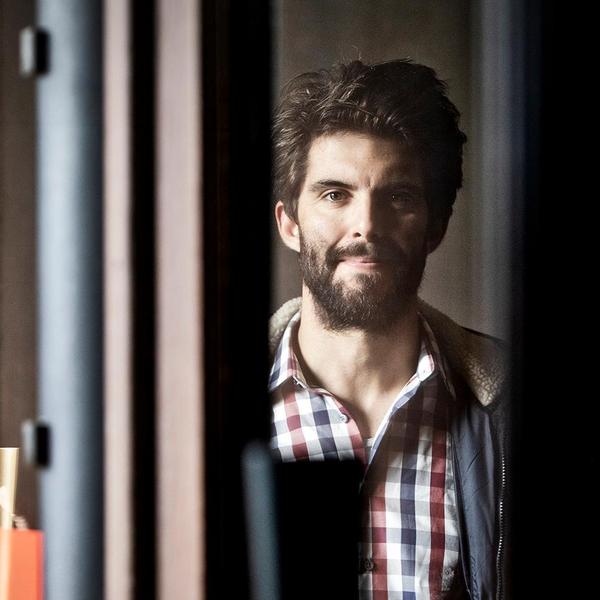 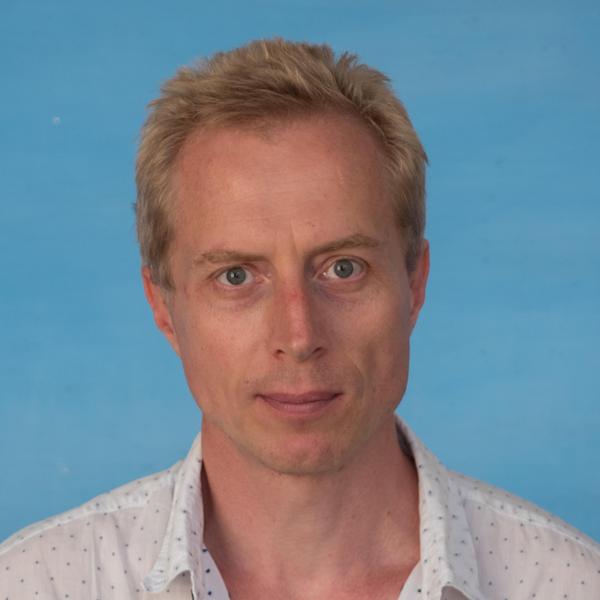 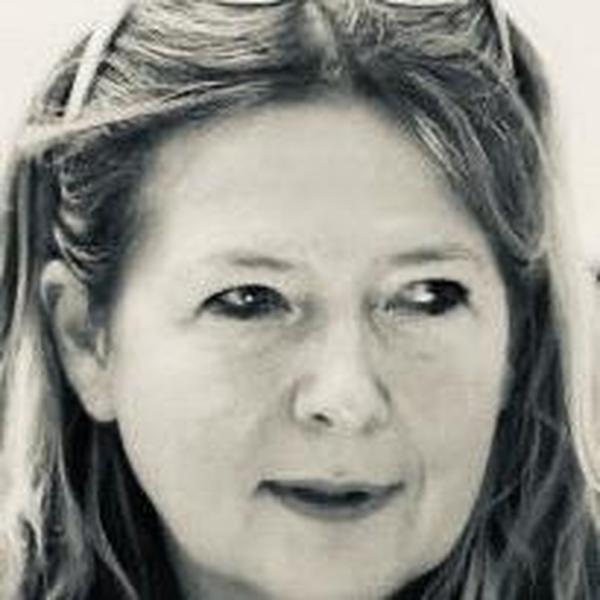 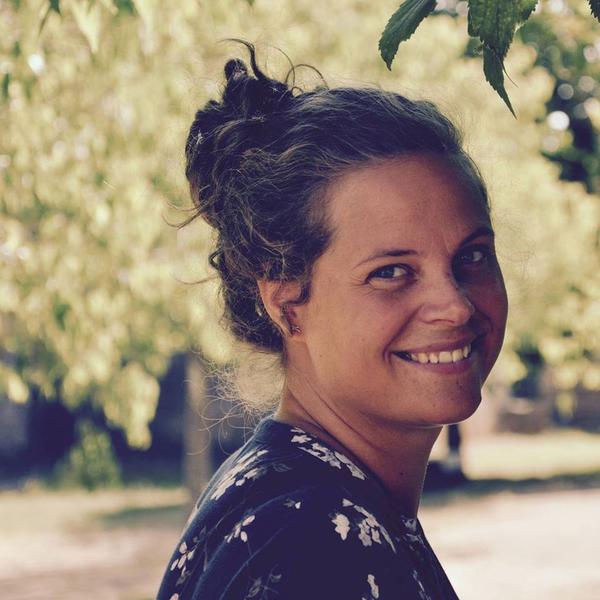 Geza M. Toth, animation filmmaker, PhD university professor and founder of KEDD Animation Studio. He has been active as a film director since 1992. He has been teaching from 1994 at some of the most prestigious art universities in Europe, such as MOME – Moholy-Nagy University of Art, Design, Royal College of Art in London, Babeș–Bolyai University and University of Theater and Film Arts in Budapest, where he was the rector from 2014-2019. From 2002 he also runs an East-European animation film studios, named KEDD. His artworks successfully participated more than 200 film festivals worldwide and were awarded with more than 100 prizes. His animation film, MAESTRO was nominated to the Academy Awards in 2007 in the Best Animated Short Film category. He is a member of the Academy of Motion Picture Arts and Sciences, and the International Academy of Television Arts and Sciences.

Julia Ocker is an animation director, designer aund author from Stuttgart. She studied Visual Communciation in Pforzheim and Cairo from 2003 to 2005 and Animation at the Filmakademie in Baden-Württemberg from 2006. Her Graduation film “Kellerkind” won the First Steps Awards 2012, the Tricky Women Prize 2013 and was nominated for the 2014 Annie Awards.

Julia discovered her passion for children’s movies as she had the opportunity to produce five short films with Studio FILM BILDER for the SWR series, “I know an Animal”. From these five short films her own series “Animanimals” was created, it then went on to be shown on KiKa and sold to more tham 180 international territories. As every episode works as a short film they have run in many festivals worldwide and won more than 70 awards. Animanimals won the 2019 Grimme-Preis in the children’s film category and was nominated for an International Emmy. The second season of the ANIMANIMALS will be finished in 2022.

Martin Smatana (1991 Slovakia) is a graduate of Animation at FAMU in Prague. His debut short film Rosso Papavero (2015) premiered at Berlinale 2015 and won 13 international awards. His graduation film The Kite premiered at Berlinale 2019, was selected to the semifinals of Student Academy Awards, included in the Film Collection of MoMA in New York and won over 60 international awards including Children Audience Awards in Annecy and Stuttgart. Martin recently released an illustrated book “A Year of Good News” and for the last two years he has been developing a short animated film Hello Summer.

Patrik Pašš (*1974) comes from a family of filmmakers. His father, mother, and sister are film editors by profession. His mother who had a great interest in painting in addition to filmmaking, led him to draw since he was a child. Andrej Rudavský, and academic sculptor, prepared him for the Secondary Art and Industrial School in Bratislava (now School of Applied Arts in Bratislava), he studied graphics there at the atelier of professors’ Jozef Dusík and Gabriel Štrba.

He continued his studies at the Film Academy of Performing Arts in Prague. Professors Pojar, Klikar, Kubíček and Pilař taught him the basics of animation and multimedia. He won his first festival award – Grand Prix – for his bachelor film “A NATO MIA” at the Spanish film festival Eurovideo Malaga. After completing his master’s studies in Prague, he continued with his doctoral studies at the Academy of Performing Arts in Bratislava under the supervision of František Jurišič.

In addition to his studies, he made music videos for musicians like Para, Jana Kirschner, No Name and Richard Muller. The “OTEC” clip competed for the best clip of the year, his screenplays “IN THE FIELD”, “THE HEART OF THE TOWER” and “THE LAST BUS” won the Tibor Vichta Script Award. After obtaining his PhD., Patrik Pašš remained as a teacher at the Department of Animation at the Academy of Performing Arts. Many of his former students like Peter Budinský, Alica Gurínová, Michaela Čopíková, or Veronika Kocourková, are currently successful animators and directors.

Ľudmila Cviková is known as a film programmer and curator at IFF Rotterdam (1997-2011), the head of the film department at the Doha Film Institute (2011-2014), and collaborator for festivals like Yerevan GAIFF, Anonimul in Romania and Busan IFF, Karlovy Vary, Locarno in the past. For EYE Film Institute in Amsterdam, Ludmila had curated three film specials: Arab Women Behind the Camera, and film programs around Bela Tarr’s and Jan Švankmajer’s exhibitions. As associate producer, she worked with the Kazakh director Emir Baigazin: The River (Best film at Venice Horizons 2018) and Romanian film Mikado by Emanuel Parvu  (San Sebastian 2021). Currently, Ludmila acts as independent creative consultant, festival advisor, curator and a reader for film funds. In April 2021, she’s been nominated as a board member of the Czech Film Fund.  Ludmila Cvikova is also a founder and director of the first Slovak film festival of feature length narrative, documentary and animation film for children and youth – IFF Cinedu (2019). Cinedu is a member of ECFA since 2021.

Ditte Lundsgaard Nielsen is the festival director of ANIMOK children and youth animation festival in Denmark, which is part of Viborg Animation Festival and The Animation Workshop. Ditte has more than 15 years of experience in working with children, animation and storytelling and is passionate about giving children and youth fantastic film experiences that expand their understanding of the world and help them to become creative creators and filmmakers. 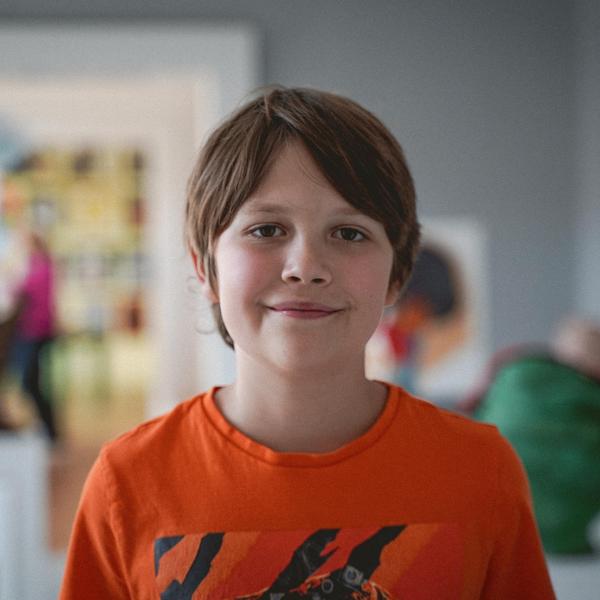 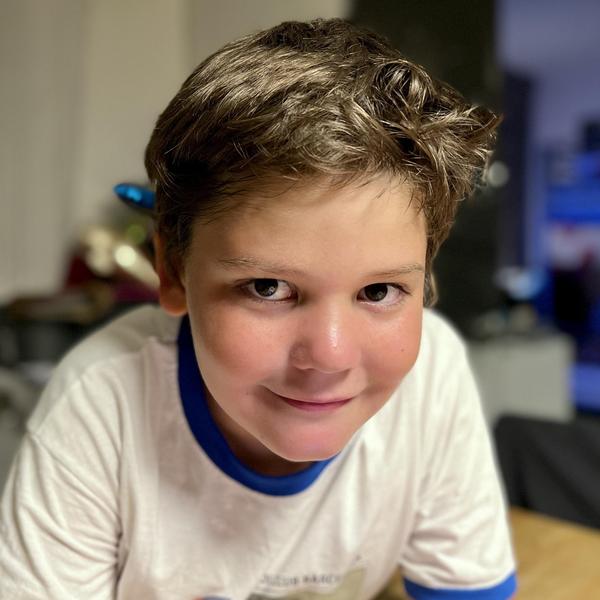 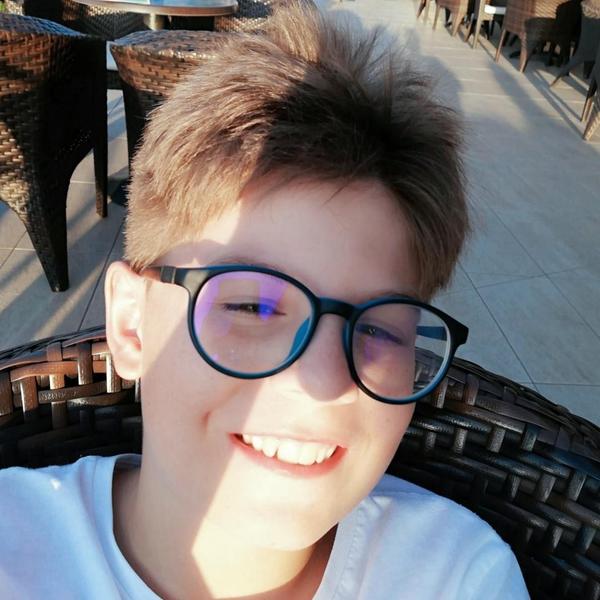 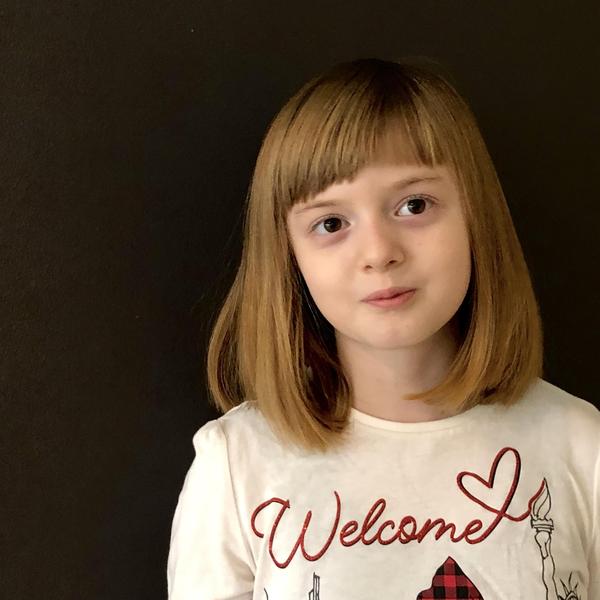 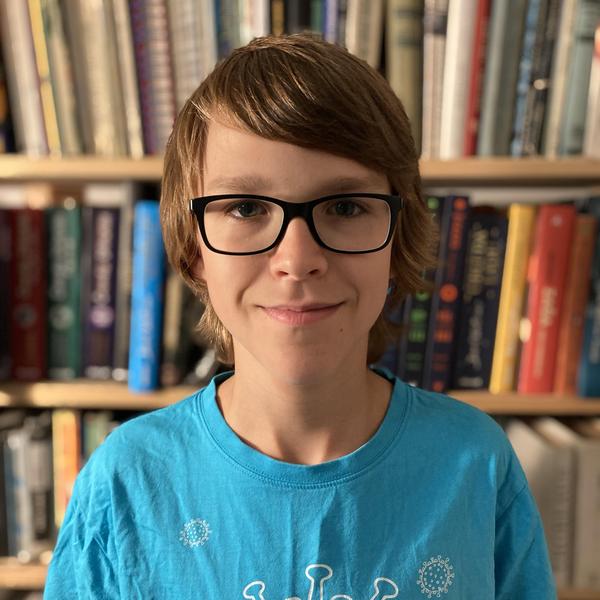 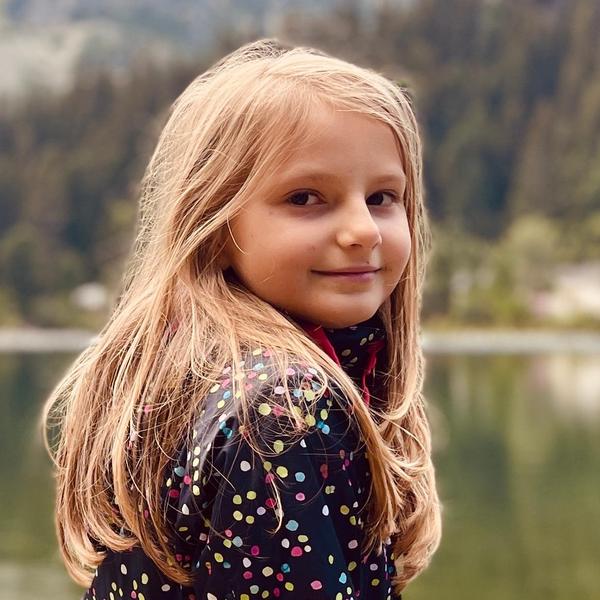 Filip is 12 years old, from Bratislava and in the sixth grade. He likes cycling and reading, he is curious, asks a lot and remembers a lot. He is an avid board game player. He is interested in geography, biology, likes to learn foreign languages and patience is his strong suit. At the age of six, he discovered the magic of animation, together with his brother they have already created a few short animations, and both are part of the new creative team of the BAB Atelier.

Jonatán is 9 years old, from Bratislava, attends the fourth grade of his primary school and plays the violin. He likes fishing, wandering in the forest, collecting bugs and he is fascinated by encyclopedias. He enjoys drawing, sculpting marionettes, he likes to create ceramics, and together with his brother they have been making their own short animated films for several years.

Matúš Karniš is 11 years old. He attends the elementary school of art, and in addition to drawing and painting, he likes to record short videos. Thanks to his creativity and skillful hands, he can assemble and create all sorts of things from paper and wood. This year, he will try out the BAB animation atelier for the first time.

Milota Bobáľová is 10 years old. She has been interested in art since she was little, which is why she attends art and animation workshops and summer creative camps. She does modern and musical dance. In her free time, she likes to visit galleries and sing in the Slovak Radio Children’s Choir. Her life’s dream is to be an actress on television or create films, and that’s why she applied to the BAB Atelier.

Oskar Pepel is 12 years old and lives in Nové Mesto nad Váhom. He attends elementary school, draws, and plays the keyboard. He animates his own stories with Lego characters. He made his first animation when he was 7 years old. What he enjoys most about making animations is setting up the movements of characters and objects in detail.

Radka is a fifth-grader who has loved to drawand paint ever since she was little. She likesall the creative stuff – scissors, paper, glue,markers, paint, wool and clay are familiar to her.In her spare time, she also likes to read books orspend time in nature.