“La Demoiselle et le Violoncelliste” is a French short film directed by Jean-François Laguionie in 1965. It is the author’s first animation ever created for Les Films by Paul Grimault. Jean-François Laguionie was born in 1939 and is a French animator, film director, and animation producer. Laguionie was originally interested in theater, but later learned the techniques of animated film. Jean-François Laguionie then directed several short films that culminated in the now famous “La Traversée de l’Atlantique à la rame” (Rowing Beyond the Atlantic, 1978). The short film “Golden Palm” won the 1978 Cannes Film Festival, the Ottawa International Animated Film Festival in 1978, and the César Award for Best Animated Short Film. 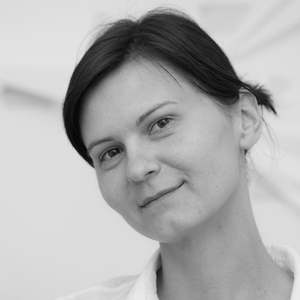 This movie is recommended by Katarína Kerekešová


She is a graduate of animation from the Academy of Performing Arts in Bratislava. She won the Igric Award for her medium-length film “Origin of the World”. In 2010, the international animated film “Stones” premiered at the International Film Festival Art Film Fest and was subsequently distributed to cinemas. Katarína Kerekesová won the Sun in a Net National Film Award, the Igric Award for animated production, and the Slovak Film of the Year award for the Kinema.sk portal.

However, she achieved the greatest success with the children’s series “Mimi and Líza”, where she works as the author of the theme, director, producer, co-writer, and illustrator. In 2017, the series “Websters” premiered in the RTVS broadcast, where Katka works as a producer, author of the theme, director, and co-author of screenplays. The Slovak Film and Television Academy awarded the film series “Websterovci – Hero Daddy” as the best Slovak animated film in 2017.