Oľga owns a kiosk and is always cheerful. She knows the needs and problems of people who stop every day and serves them with love. However, when she is alone – and she often is – she wants to be far from this monotonous life, where she is literally stuck. An absurd incident eventually lets her escape from the city and she comes to the place of her dreams.

Director Anete Melece won the Swiss Film Award for Best Animated Film in 2014 and the Jury Prize for the Best International Animated Short Film Festival Ismailia 2014 for this film.

Anete was born in Latvia in 1983. She studied visual communication at the Latvian Academy of Arts (BA) and animation at the University of Applied Sciences and Arts in Lucerne (MA). Anete is an illustrator and animator. She currently lives in Zurich, Switzerland. 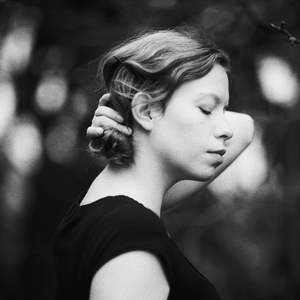 The movie is recommended by Mária Kralovič


Mária Kralovič (born Oľhová) (1988) graduated from the School of Applied Art in Kremnica and the Department of Animation at the Academy of Performing Arts in Bratislava. During her studies, she completed an internship at the Escola de superior de theatro e cinema in Lisbon. In addition to her films, she collaborated on the popular children’s television series Mimi and Líza as an animator, as well as in the production of several animated commercials. Her film Fifi Fatale was nominated for the Sun in a Net award in 2018. In addition to animation, she specializes in illustration and design, for example drawing for the children’s magazine Bublina. She is also an illustrator of the comic Ordinary, from the series Gentle Comics´89.