Skip to content
Martin Smatana recommends My Mom is an Airplane

My Mom is an Airplane

A little boy is waiting for his mother. He looks at the other mothers and children. They’re all unique, but he knows his mother is the best because she is an airplane.

“My Mom is an Airplane” is an animated short film by Russian artist Yulia Aron (1983). The film is carried in an enchanting, sincere tone and tells the story of a boy who is proud of his mother, who is in fact a working plane. He has an adventure flying with her through the sky, and at the end, he shares the fact that his father is also something special. Yulia Aronova learned to direct animated films at the Gerasimov Moscow Institute, where she also learned screenwriting. He directs films using traditional animation techniques and stop-motion. Her many talents in graphics, animation, and illustration brought her a highly personal and easily recognizable style. She regularly writes animated films. 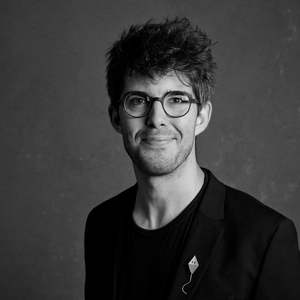 This movie is recommended by Martin Smatana


Martin Smatana (born in 1991 in Žilina) is a graduate of animation from the FAMU Film School in Prague. His debut film “Rosso Papavero” (2015) premiered at the Berlinale 2015, was screened at more than 200 film festivals, and won 15 international awards.

Martin’s latest film, “The Kite,” premiered at the 2019 Berlinale. The Kite has been released in cinemas in several European countries. To date, the film has been screened at more than 150 festivals and won 65 international awards, including Best Children’s Film at the Annecy Film Festival and Best Children’s Short Film at the Stuttgart Film Festival. Martin founded his own film production company Studio Bororo in Slovakia. He is currently working on a new short animated film for children, “Hello Summer”. In addition, he is working on the illustrated book “Dobrosaurus” about good news from around the world.

You can find Martin’s movies on his website smatana.com